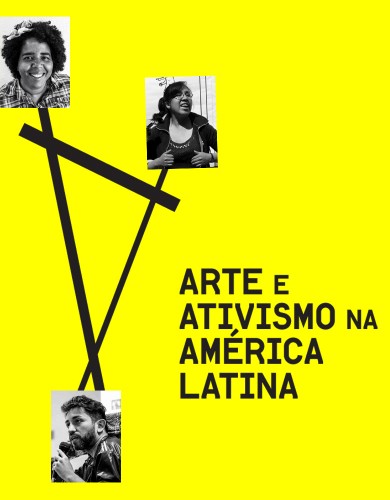 Three artists were selected to attend a special residency at Despina, as part of the activities of the third edition of our project Art and Activism in Latin America, held in partnership with the Dutch organization Prince Clasus Fund.

This residence is in tune with the purpose of the project to promote the exchange between Latin American and Brazilian artists and activists, so that new narratives – more democratic, transgressive and multicultural – are spread, amplified and heard. For the third edition, kicking off next month, the objective is to converge practices that address issues related to the creation of new worlds and hereby the foundation of other modes of organization, forms of subjectivization, production models, exchange systems, remuneration mechanisms and educational methodologies: a path for a transformational existence capable of performing other ways of living, focused on affection and common sharing.

About 150 professionals related to the fields of culture and activism were invited to nominate artists and activists whose practices deal with issues related to the theme that guides this year’s edition of the project. The Selection Committee, which includes curators Guilherme Altmayer, Pablo León de la Barra, and Despina‘s artistic director, Consuelo Bassanesi, received approximately 70 nominations and from this number three names were selected: Ana Lira, Danitza Luna and Felipe Rivas San Martin.

During the months of May and June, the artists will take over a studio space at Despina and will develop their research and projects in response to the new environment and network. They will also participate in a series of activities, including talks, workshops, special visits to public schools, among other actions and public events. Stay tuned for the full programming to be posted soon!

About the selected artists 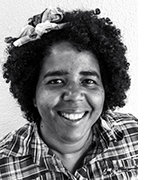 Ana Lira is a Brazilian artist who lives and works in Recife (Pernambuco, Brazil). Her work seek to discuss political experiences and collective actions as processes of mediation. Power relations and implications in the dynamics of communication are among the main issues of her art projects, which articulate visual narratives, press material, printed media and independent publications. She is a specialist in Theory and Criticism of Culture and in recent years has  developed independent research and curatorial work, as well as educational projects articulated with visual arts. Lira has participated in more than seven collectives for two decades. She is the head of the educational projects Visual Cities, Entre-Frestas and Possible Circuits, the latter related to the elaboration of photo-books and photo-zines. She received the 2015 Funarte Arte Contemporânea Award for the Non-Dito exhibition, which was presented at MABEU / CCBEU in Belém do Pará (2017) and at Capibaribe Centro da Imagem, in Recife (2015). She is the author of the book Voto, published by Pingado Prés, in 2014 (1ª ed.) and 2015 (2ª ed.). The book is part now of the São Paulo Pinacoteca collection and also of the Museum of UFPA Photo-book Collection. She is also a researcher in audiovisual projects – currently Lira is doing a research for the Terrane project, a visual narrative about women working in construction in the Brazilian semi-arid region, an experience related to the Casa da Mulher do Nordeste  (“Northeast Women’s House”). During her residency at Despina, Ana intends to investigate the relationships between invisibility and power, through the mapping of knowledge and the sharing of information-culture which does not pass through large communication circuits. 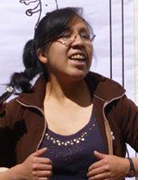 Danitza Luna is a Bolivian artist and activist who lives and works in La Paz. She holds a degree in Visual Arts from the Universidad Mayor de San Andrés, specializing in sculpture. Since 2011, she has been part of the anarcho-feminist collective “Mujeres Creando”, one of the most important and influential art and activism platforms in the country, which develops artistic intervention and performance projects in public spaces, as well as art and screen printing workshops and educational programs in universities and women’s unions, with emphasis on gender issues and ethnic minorities. Amongst the recent exhibitions she participated as part of the collective, we highlight:  “Muros Blandos”, held at the Salvador Allende Solidarity Museum in Santiago de Chile (2017), where she developed, alongside artists and activists Esther Angollo and Maria Galindo, a series of provocative and ironic murals that brought the attention to some political and religious controversies around the discussions on gender identity. In 2016, she developed (also with Esther and Maria) a commissioned work for the Bolivian International Biennial of Arts –  the public intervention projects “Altar Blasfemo” and “Escudo Anarco-Feminista Antichauvinista”, which took place on the external wall of the National Museum of Art City of La Paz. In 2015, she participated in the Medellin International Art Meeting – “Historias Locales / Prácticas Globales”, in Colombia, where she coordinated with other members of the collective the screen printing workshop  “Grafica Feminista, No acepto ser cosificada” in the Muesu of Antioquia. The results of this experiment were displayed on a public mural in the streets of Medellin. 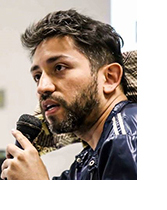 Felipe Rivas San Martín is a Chilean artist living and working in Valencia, Spain, where he is a fellowship PhD student at the National Commission for Scientific and Technological Research (CONICYT) – Polytechnic University of Valencia (UPV). He holds a Master’s Degree in Visual Arts from the University of Chile. His practice includes painting, drawing, performance, video and it’s related to technological image (virtual interfaces, digital codecs). He is the co-founder of the Sexual Dissidence Student Collective (CUDS), and has been participating in this activism platform since 2002. He also directed the magazines “Torcida” (2005) – about culture and queer criticism, and Disidenciasexual.cl (2009). Rivas links activism and artistic production with research, text and curatorship in relation to arts, politics and technologies, queer theory, post-feminism and performativity.

Check below a short piece on the theme for this year’s edition. To see the full report (including many pictures) of the second edition, click here.

Like an earthquake, artistic and activist practices, through avant-garde and revolutionary actions, are capable of causing cracks in structures hitherto regarded as unshakeable. Discordant forms of life organization have long coexisted – equidistant, clandestine, or even in conflict – within normative and dominant models.

Given the incontestable failing of current social and political systems, which are still founded on inequality, indifference and injustice, what other forms of survival will be possible from this dystopian scenario?

Based on this question, we propose to articulate connected strategies of action in order to make the overthrow, the collapse and the implosion of the hegemonies possible: to think of new futures.

In this third year of Despina’s Art and Activism in Latin America project, we will look at those who turn discontent into incendiary ideas and everyday conspiracies, having as tools of struggle collaborative spaces for insurrection and configurations of networks of counter-conduct.

We look for dissonant existences, ongoing tensions, radical positions; not as mere allegories but as the opening of loopholes in the economic, political and social operating systems. Transgressions that offer alternatives to cohabit the present, in full acceleration of the process of the ruins, which we can no longer stand to contradict without counter attacking.