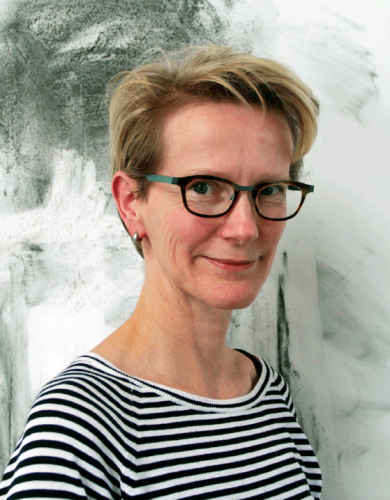 Born in London (UK), holds a BA from Glasgow School of Art and an MA in Fine Art from the University of the Arts
London.

Knill-Jones’ practice consists of diverse threads anchored in the exploration of paint as a relevant medium in our increasingly technological world. She considers her works as unpredictable experiments which hover between the ethereal and the concrete, with which she frequently brings to question the value of the original through processes of copying, unpicking, un-doing.

Whilst living in Azerbaijan for nearly five years, the political context had a significant impact on the development of her work – reflected in her project “Dis-Appearing Woman”. Having now relocated to Brazil, she expects the residency at Despina and the location to challenge her practice, having shifted the ground beneath her feet both literally and metaphorically.