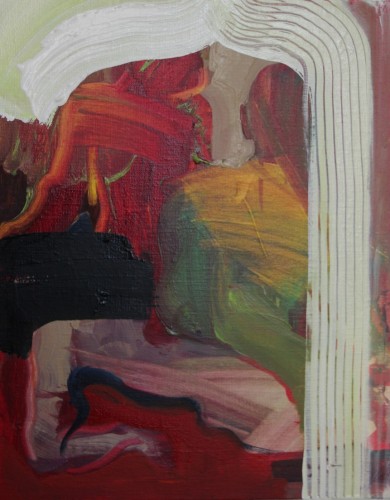 Born in London (UK), holds a BA from Glasgow School of Art and an MA in Fine Art from the University of the Arts London.

Knill-Jones’ practice consists of diverse threads anchored in the exploration of paint as a relevant medium in our increasingly technological world. While paint is at the core of her practice, other medium contribute to it. She considers her works as unpredictable experiments which hover between the ethereal and the concrete, with which she frequently brings to question the value of the original through processes of copying, unpicking, un-doing.

The political context of Azerbaijan, where she lived for five years, had a significant impact on the development of her work, reflected in her project “Dis-Appearing Woman”. The impact of her current choice of location in Brazil remains to be seen. 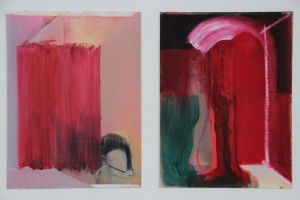 Not knowing – so is that how the deepest things happen, I lost that third leg, diptych oil on board, 30x40cm 2017 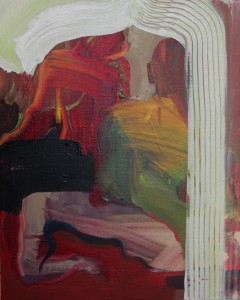 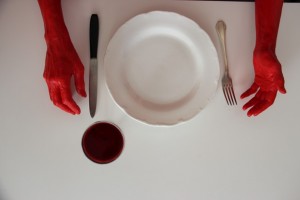 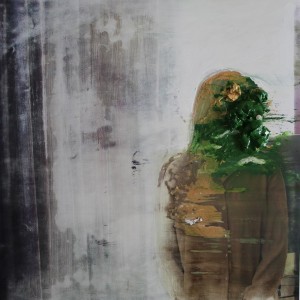 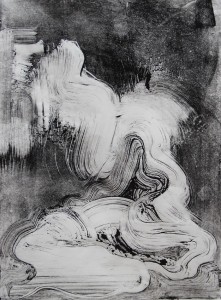 I was happy as a demon, Hell was my maximum. After Lispector, monoprint on paper 24x35cm 2018 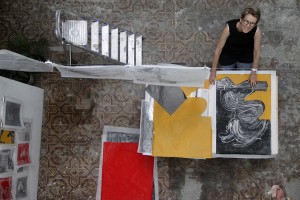 Sarah Knill-Jones working in her studio at Despina