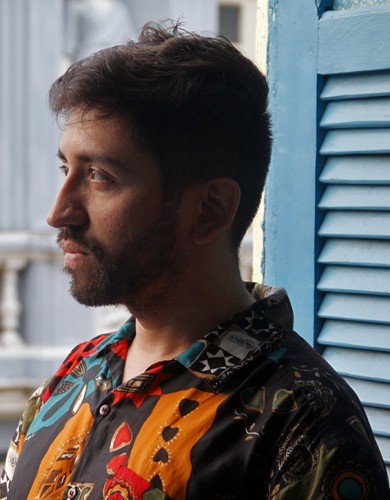 Chilean artist living and working in Valencia, Spain, where he is a fellowship PhD student at the National Commission for Scientific and Technological Research (CONICYT) – Polytechnic University of Valencia (UPV). He holds a Master’s Degree in Visual Arts from the University of Chile. His practice includes painting, drawing, performance, video and it’s related to technological image (virtual interfaces, digital codecs). He is the co-founder of the Sexual Dissidence Student Collective (CUDS), and has been participating in this activism platform since 2002. He also directed the magazines “Torcida” (2005) – about culture and queer criticism, and Disidenciasexual.cl (2009). Rivas links activism and artistic production with research, text and curatorship in relation to arts, politics and technologies, queer theory, post-feminism and performativity.