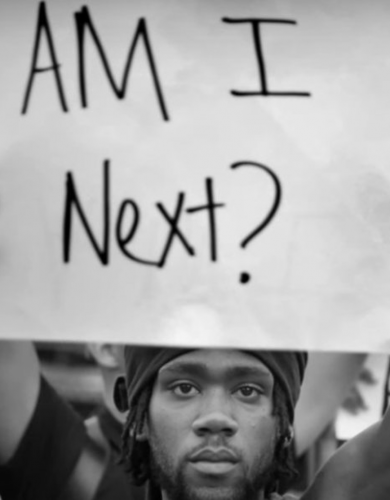 For this edition of Cine Clube Despina, we are pleased to invite everybody for a special screening of the film “13th“, an acclaimed documentary by the American director Ava DuVernay, in which scholars, activists and other experts seek to analyze the path that has been building forms of contemporary slavery in the United States, articulated with public security programs and economic circuits.

The exhibition of this film is an invitation to think about the relations of the North American context with the Brazilian current scenario. After the screening, artists and researchers Luciane Ramos (Revista Omenelick 2º Ato) and Renata Codagan (Universidade das Quebradas) will talk to public about the film and other topics related.

This event is part of the activities that Brazilian artist Ana Lira is developing for her residency at Despina.

Come along from 6:30 on! Free admission.

13th is a 2016 American documentary by director Ava DuVernay. The film explores the “intersection of race, justice, and mass incarceration in the United States; it is titled after the Thirteenth Amendment to the United States Constitution, which freed the slaves and prohibited slavery, with the exception of slavery as punishment for a crime. DuVernay contends that slavery has been perpetuated in practices since the end of the American Civil War through such actions as criminalizing behavior and enabling police to arrest poor freedmen and force them to work for the state under convict leasing; suppression of African Americans by disenfranchisement, lynchings and Jim Crow; politicians declaring a war on drugs that weigh more heavily on minority communities and, by the late 20th century, mass incarceration of people of color in the United States. She examines the prison-industrial complex and the emerging detention-industrial complex, demonstrating how much money is being made by corporations from such incarcerations. (Source: Wikipedia)

LUCIANE RAMOS is an anthropologist, dancer, researcher, project manager at Acervo África (SP) and one of the editorial staff of magazine Omenelick 2º Ato. PhD in Arts of the Scene, holds a master degree in anthropology from UNICAMP. Works in the fields of arts, African studies and education.

RENATA CODAGAN is an art educator, has been a member of the Tear Arts Institute team since 1996, where she coordinates the reading mediation projects. She is one of coordinator of Universidade das Quebradas / UFRJ. Also provides advice to institutions and social projects that work with education, art and culture.