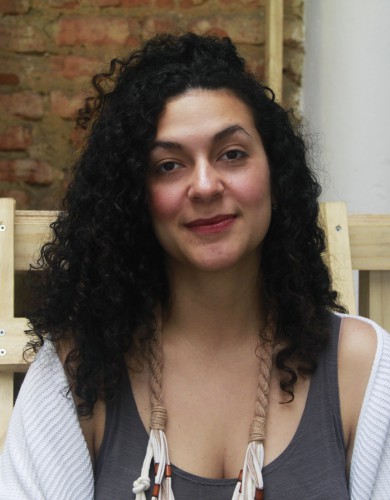 Camila Cavalcante is a visual artist with a background in journalism and art criticism with a varied interest in investigating the conceptual, sentimental and social perception of art. Through the use of documentary photography, her work intertwines embroidery, collage and installation to create a place in which the idea of ‘private’ and ‘public’ overlaps and complements each other.

Coming from the Northeast coast of Brazil and after living in three other countries, settling in Scotland, she is curious about finding common grounds between different cultures, countries and people. The study of the landscape led her to explore the way it unfolds into abstracted ideas of space, ‘bodyscape’ and social conventions. Camila uses photography to project herself onto her subjects, dissolving perceived borders, cultural differences and nationalities; immersing herself, her body and her art into a shared anthropological experience.

During her residency in Rio de Janeiro, Camila will develop the project Us for All, in which she explores the idea of the female body as a confrontational space. The project creates a community of woman collaborating to challenge recent conservative actions of the State to repress and diminish woman’s reproductive rights in Brazil.

Camila holds a degree in Journalism from the Federal University of Alagoas, a post-graduate degree in Journalism and Cultural Criticism from the Federal University of Pernambuco – both in Brazil – and a Masters of the Arts Degree from University of Westminster, in London. She won two photography national prizes in her home country and took part in over 20 exhibitions in Brazil, US and UK. This is her third residency and she has widely published her work in art magazines in the UK, where she works for The Sutton Gallery and the London School of Photography. 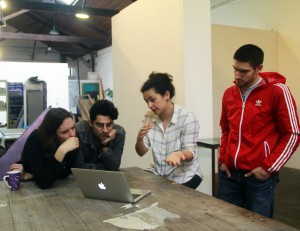