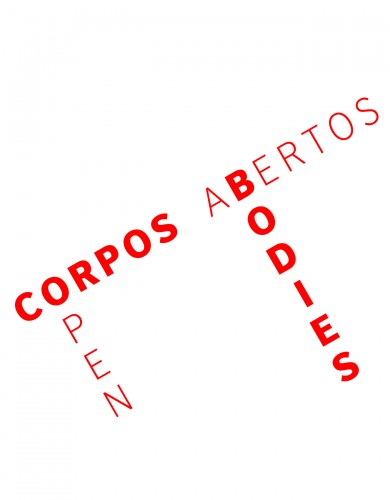 Come along next Thurssday (27), from 7 pm onwards, for Despina’s “Senado Tomado”, our monthly open studios event. For this special edition, we bring together the works produced by Miro Spinelli (RJ, Brazil), Vinicius Pinto Rosa (RJ, Brazil), Henry McPherson (Scotland, UK) and Stephanie Black-Daniels (Scotland, UK) during their residencies in our space.

Selected for the Open Bodies Residency 2018 (Residência Corpos Abertos) – a programme conceived jointly by Despina and The Fruitmarket Gallery, with the support from the British Council and Creative Scotland -, the four artists worked in our studios developing their researches and projects in response to the new environment and to the proposed dialogues.

On the same night, we will be sharing for the first time in Brazil the film “SING SIGN: A CLOSE DUET” (2015), by Finnish-English artist and musician Hanna Tuulikki, as well as video recording fragments of “ACTS OF SELF-LOVE” (2016), a performance by Scottish artist Jak Soroka.

On the decks, Fine Estirpe DJ Ensemble will entertain you all with a classy and provocative set.

See you all on Thursday! Despina is located at Rua do Senado, 271 (Centro). Free admission.

ABOUT THE ARTISTS IN RESIDENCY

MIRO SPINELLI is a performer artist and researcher who lives and works in Rio de Janeiro, Brazil. He holds a Master’s Degree in Performance from the Performing Arts PhD Programme at UFRJ (Universidade Federal do Rio de Janeiro). Currently, Spinelli is investigating how performance and its radical connection with materiality, writing and dissent can generate forces on the subjects, creating possible counter-ontologies. Since 2014, he has been developing the continuous project and series “Gordura Trans” (“Trans Fat”), mixing performance, photographs, texts and installations. This project has been presented in several Brazilian cities and abroad with the collaboration of artists such as Fernanda Magalhães, Jota Mombasa and Jup Pires. In 2017, he was awarded a scholarship (along with artist Luisa Marinho) to take part in a residence programme at the Andreas Züst Library, in Switzerland, where they developed together the “Chupim Papers”, which shed light on themes such as precariousness, abjection, decoloniality, politics of affection and transgenderism, focusing on the body and its poetics and political potencial.

VINÍCIUS PINTO ROSA lives and works in Niterói (RJ). He currently holds a Bachelor’s Degree in Visual Arts from Universidade Federal Fluminense (UFF) and works as an assistant to Rio-based artist Laura Lima. His practice incorporates issues that cross identities and subjectivities in the production of objects and installations, with the body itself as a power of image and action, which, in turn, establishes new forms of relations, access and images of the world and of the other. His practice is very influenced by the universe of a carpentry (where his father works and where much of his experience within the studio space takes place). His works reach both performance and design fields and question constructions, polarizations and binary lines already established. They also reveal a hybridism and a multiplicity of activations and accesses that the body can create from a direct relation with the object. Vinicius has been developing the projects “Devices” and “Baseline” since 2014 and they have already been presented in several Brazilian galleries and art spaces.

HENRY MCPHERSON is an inter-media artist based in Glasgow, Scotland. His practice in composition, improvisation and performance is embedded in mixed-media score-production, devised performance, present-time composition, cross and inter-disciplinary practice, through which he explores personal and collective identities, musical and otherwise performative traditions. Henry’s work centres around the body-mind, score-object as mediator, the subject of invocation, impulse-led generation, queer and sustainable art practices, and meanings of ownership in collectively-generated improvisation. He is a founding member of Glasgow’s mixed-arts collective EAST (Experimental Artists Social Theatre), KUI piano duo, and the chamber trio Savage Parade. In recent years, Henry has collaborated with groups and individuals such as the BBC Scottish Symphony Orchestra, BBC Scotland, Martyn Brabbins, RedNote ensemble, The Glasgow New Music Expedition, Garth Knox, Zilan Liao and Germany’s Ensemble Modern. He is a graduate of the Royal Conservatoire of Scotland composition dept., and is an award holder of the Dinah Wolfe Memorial Prize for Composition (2014); Scottish Opera’s Opera Sparks Competition (2016); the Patron’s Prize for Composition (2017); the BBC Scottish Symphony Orchestra Composition Club Prize (2017); the Harriet Cohen Memorial Music Award (2018); and was a nominee for the inaugural Scottish Awards for New Music (2017). He has been awarded residencies at the Banff Centre for the Arts and Creativiy (CA, Alberta, The Creative Gesture: Collective Composition Lab for Music and Dance), Despina (Open Bodies Residency, Brazil, Rio de Janeiro, with the Fruitmarket Gallery Edinburgh) and Skammdegi Residency and Festival (IS, Olafsfjördur).

STEPHANIE BLACK-DANIELS is a Scottish based artist living and working in Glasgow, having spent most of her early years and education in the Middle East. Most recently she has completed her Phd in Fine Art practice, with a specialism in performance at The Glasgow School of Art. Since 2010 she has toured her work nationally and internationally to festivals and galleries in the UK, Berlin, Lithuania, Finland and Chicago. In 2011, she received the Athena Award by New Moves International and National Review of Live Art, Glasgow. Stephanie was also mentored by the late drag King pioneer Diane Torr. She has a well-established facilitation practice, which is vital to the way she makes, researches and produces new work. Her most recent workshop was at Glasgow Sculpture Studios, looking at the ‘Body as Sculpture’. Stephanie is interested how an object can change her interaction and intimacy with others, creating visual and poetic scores to act as a dramaturgical key to unlocking subject-matter or narratives for performance. Her work situates between a physical and sculptural practice, developing live and documented performative outcomes where sound, movement, image, object, light and costume intersect. Stephanie engages with performance as a way to explore the relationship between body and space, especially around gender and sexuality. She uses the body as a tool for measurement and is interested in the ‘extended body’ and ‘body as object’ to consider questions around ‘the self’, ‘the other’ and ‘the theatrical’.

SING SIGN: A CLOSE DUET (Hanna Tuulikki , 2015) is a vocal and gestural suite created in response to the intimate world of Edinburgh’s historic ‘closes’ – the small alleyways that lead off either side of the Royal Mile. Sheltered in the confined space of a ‘close’, Tuulikki and her collaborator Daniel Padden enact an enigmatic encounter: a wordless dialogue conducted entirely through gesture and song. Inspired by the Baroque dance suite, a street-map dating from 1765 provides a visual score. The vocal composition, divided into four movements – Allemande, Courante, Sarabande and Gigue – takes the form of a hocket (a musical device where the melody is split between two voices), with the parts divided between the singers in accordance with the closes as they branch off the high street. Where Tuulikki reaches for the lowest notes of her vocal register, Padden sings at his highest, each undermining normative gendered vocal characters, to find a common tonal space between them. The choreography spells street names in British Sign Language, mimetic hand gesture, and exaggerated body language. Despite the complete absence of sounded words, at the heart of the work is an embodied reflection on language, and how the languages to which we have access shape our experience of the world around us.

ACTS OF SELF-LOVE (Jak Soroka, 2016) is a four-hour performance of on-going preparation and catwalking, in which Soroka struts a variety of selves along a spectrum of gender expression. In placing these live acts of gender fucking alongside Soroka’s video selfies of defecating, Acts of Self Love explores the fiction of identity and the reality of the body. Performed at The Arches, New Now festival in Amsterdam and Basel, and Buzzcut 2016.

A project by
Despina
The Fruitmarket Gallery