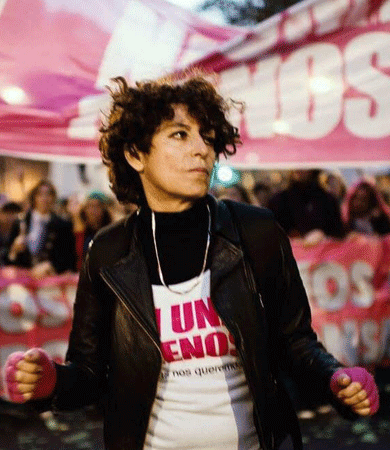 In feminist stories, experience is not enough to forge a voice. A body is also necessary. A body that is made of blood and tears, excrements and drool, muscle, skin, makeup.  A body like the one we have every day and everywhere. A body that we lift, adorn with buckles and tattoos; a body covered with specific chosen objects, a body that we take to the streets. However, we can not forget that there is blood beneath this body. Not, if we are feminists.

We have this body to make it our own, to enjoy its pleasures, to inscribe time at its own pace, to expand or contract according to its desires. But our bodies are conceived before we can even experience them. It is on this tangible surface that rules are minted by others for the proper functioning of the bodies: no odour, hidden parts, procreation, shelter and care. And if not, what? If not, abjection: prostitutes, lesbians, feminazis, fat, sterile, bad mothers.

Becoming a body will deal with the disappeared bodies during the dictatorship and also with the “collective body” of the contemporary activism, which allows other forms of being in the world.

Marta Dillon is a lesbian feminist journalist and activist who lives and works in Buenos Aires, Argentina. She writes for the feminist supplement Las12, in the newspaper Page 12.  She is also an active member of the collective Ni Una Menos and Emergentes – comunicación y acción. She has published the following books: Aparecida (2015), Vivir con virus (2004 and 2016) and Corazones Cautivos (2008). Marta also writes scripts for fiction and documentary films. She is currently filming the documentary La Línea 137. 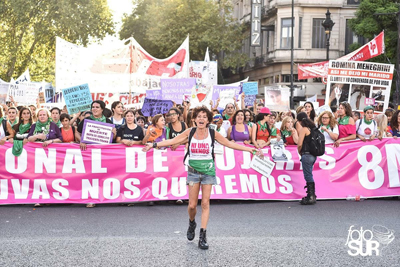 ART AND ACTIVISM IN LATIN AMERICA is a Despina project, with the support of the Dutch organization Prince Claus Fund. The project extends for three years (2016, 2017 and 2018). Each year, a theme will guide a series of actions, including occupations, workshops, talks, film screenings, exhibitions, public talks with important names of contemporary artistic + activist thought and a residency programme. For this second edition, the project brings the BODY as its main theme and it runs from May to October. For more information about the project, this year’s  theme and the full programming, click here.