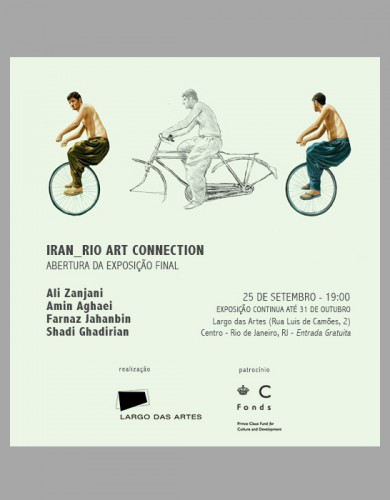 The heterogeneous universe of artists that made up this exhibition illustrates the diversity of references to inform the current artistic practice in Iran.

The contemporary scenario of the country seems built like a patchwork quilt that juxtaposes nostalgia for the past to a seemingly insurmountable present, in which contemporary art and the connections with the West function as an escape to a reality permeated by war and violence on various levels.

In this context, Shadi Ghadirian exhibited a series of photographs that, on the one hand harks back to the Flemish still life, whilst juxtaposing images of current fashion magazines. She combines objects of consumerism with an arsenal of contemporary media imagery. Amin Aghaei, conceptually explored in painting, video and photography the split, dull and chaotic experiences of those who live in a warzone. Ali Zanjani, from archival images of 16mm film, combined references to Iranian women of yesterday and today in the “Pregnancy/Static series”. He reapropriates images that capture feminine beauty in the contrast to the image of the veiled woman steriotypes of the Middle East and the exposure of female attributes in the West; Farnaz Jahanbin made use of banners, reproducing iconic images of ancient and modern history of Iran, which she used as a background to graphic interventions in painting with traditional calligraphy of her country. Her work paradoxically has a resemblance to the street art produced in the West.

The “Iran_Rio Art Connection” project is an initiative of Despina | Largo das Artes which was sponsored by the Dutch institution Prince Claus Fund for Culture and Development. During the month of September, four representatives of a new generation of Iranian artists occupied Largo das Artes studios to attend a special residency in Rio de Janeiro. A series of events and parallel activities happened simultaneously to the period of the residence in order to strengthen inter-cultural dialogue and promote networking between artists from the Middle East and Brazil.

During the opening of the exhibition, a brief concert of traditional Persian music took place in the gallery space with the participation of the artist Farnaz Jahanbin and pianist Tomas Gonzaga.

Ali Zanjani is a photographer who depicts Iran’s social and cultural heritage within the framework of the changing political landscape over the past 35 years. His photos include a series on wrestlers, Iran’s national sport. The series captures still images from a wrestling instruction video, adding humour to the sport. He also created a series of images based on lost photographs of a pre-Iranian revolution women’s basketball team. For someone born after the 1979 revolution, these images of women in sports not clad in hijab are unique and they are strictly forbidden in Iran’s political climate. He has been working with Dubai’s Salsali Private Museum since 2011 as well as being a selected photographer at Tehran Contemporary Museum of Art and the Beirut Art Fair in 2012. Zandjani continues to work on numerous projects, including ‘Live Moment of Wrestling’, ‘Life Is Too Short’, ‘Show Off’ and ‘Just Between Us’. He is based between Dubai and Tehran.

Amin Aghaei was born in 1982 to parents displaced by the Iran-Iraq War. He spent his childhood homeless traveling with his family around Iran. His peripatetic lifestyle made him turn to drawing as an escape from the despair of homelessness. Eventually when his parents settled he focused more on his art to help him distance himself from his childhood on the road. Due to the political repression in Iran he began to draw cartoons and this soon seeped into his paintings, and so his work maintains some critical humour. His medians are painting, sculpture and video. His work takes on a magical realism on themes unique to Iran, which made him a popular choice among the panel selecting the artists. We would like to acknowledge Azadeh Vafardari and Amirpasha Shafaei, who helped to make possible the presence of Amin in Brazil. Our big thanks to them! For more information: http://aminaghaei.com/

Farnaz Jahanbin is an internationally recognised artist using Persian and Arabic script to create modern interpretations of the ancient art of calligraphy. Her paintings use abstract form as well as more traditional interpretations of script. Jahanbin is also a Classical Persian singer. As a woman she is not allowed to perform in front of a mix public in Iran. She will however be performing in Rio de Janeiro as part of the residency. For more information: http://www.saatchiart.com/account/profile/175218

Shadi Ghadirian is a leading Iranian photographer whose work has been shown at major museums throughout the world including at the Museum of Fine Arts in Boston and Los Angeles County Museum of Art. She has also been exhibited in various galleries throughout Europe and Asia. Her work is a dialogue on being a Muslim woman in Iran but her themes resonate throughout the world. In her first collection “The Qajar Series”, Ghadirian photographed women dressed in traditional Qajar clothes but juxtaposed them with modern objects like a stereo or a coke can to highlight Iranian women’s role in a society where they tread carefully between the modern and the traditional elements of society. Her second series “Like Every Day”, which she made after getting married, is a comment on the mundane routine that many women are consigned to and by which some are defined. These works confirm Shadi’s concern to highlight the role of Iranian women in a conflict society, marked by censorship and religious fundamentalism. To learn more about Shadi and her work, visit:http://shadighadirian.com/ 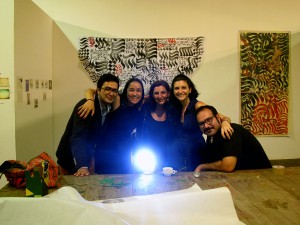 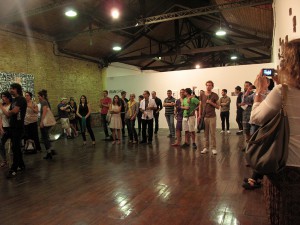 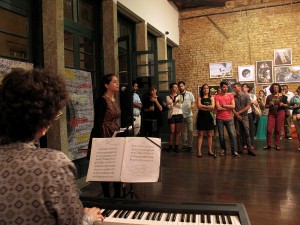 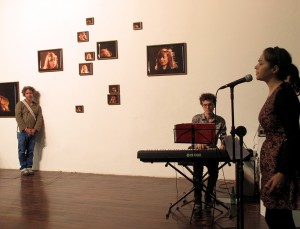 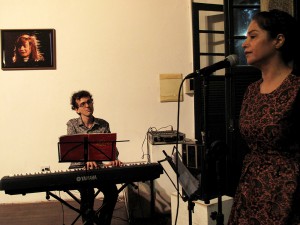 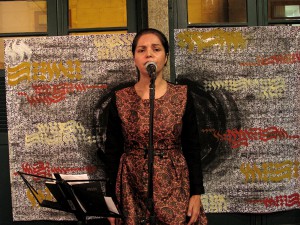 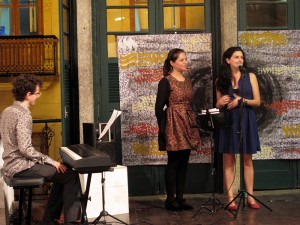 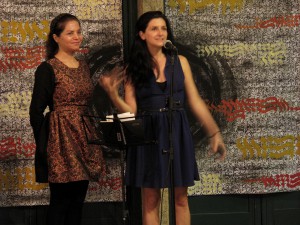 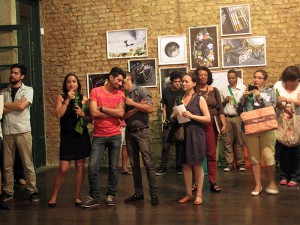 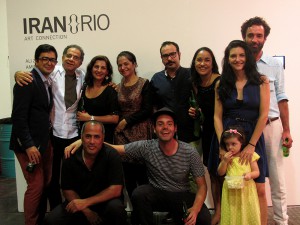 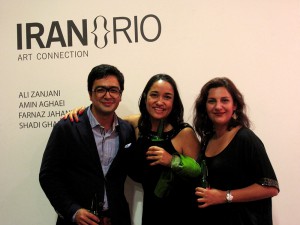 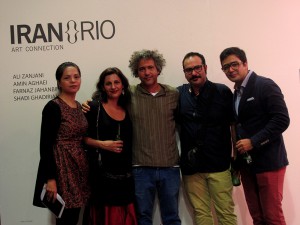 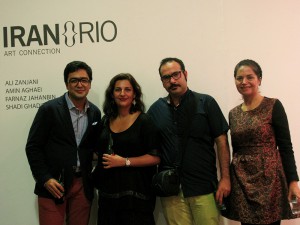 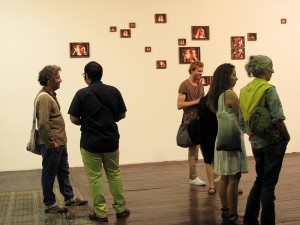 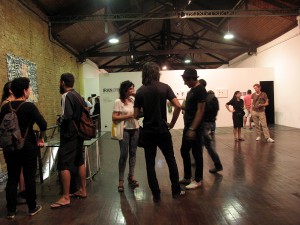 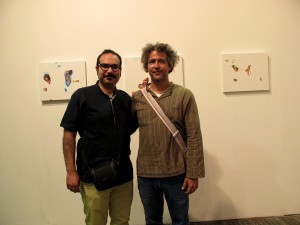 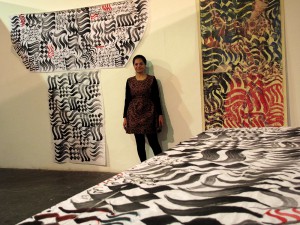 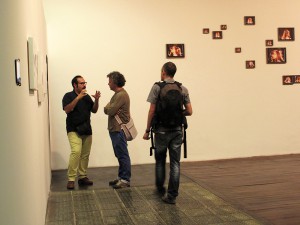 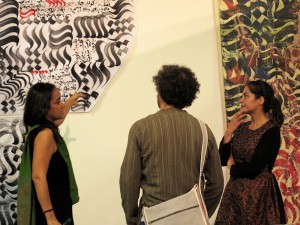 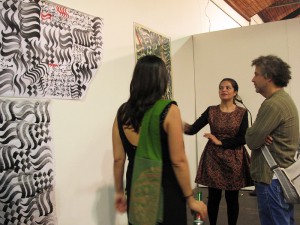 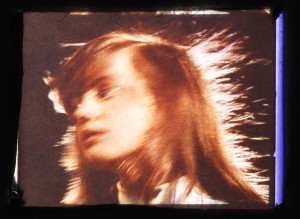 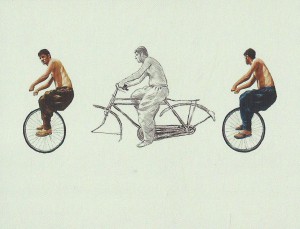 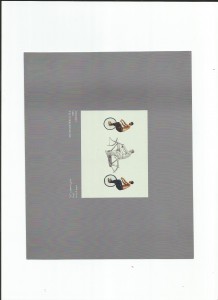 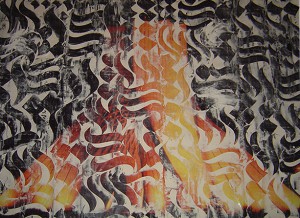 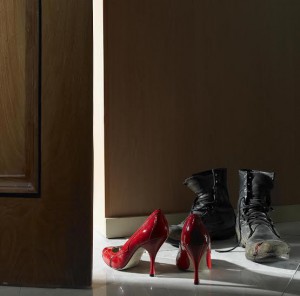 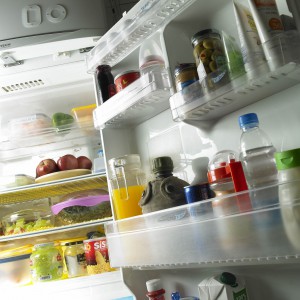