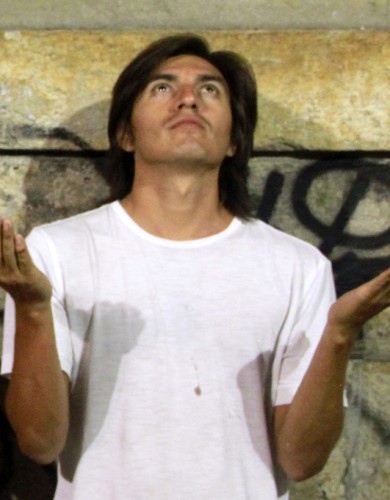 Lives and works in San Salvador, El Salvador. His practice and his actions are intrinsically related to the social context and popular culture, from where he builds strong bonds with the public, who react and /or engage and often become part of his piece, not as a passive spectator but as a catalyst that activates the social context.

ART AND ACTIVISM IN LATIN AMERICA is a Despina project, with the support of the Dutch organization Prince Claus Fund. The project extends for three years (2016, 2017 and 2018). Each year, a theme will guide a series of actions, including occupations, workshops, talks, film screenings, exhibitions, public talks with important names of contemporary artistic + activist thought and a residency programme. For this first edition, the project brings the PUBLIC SPACE as its main theme and it runs from September to October. For more information, videos and pictures gallery, click here.