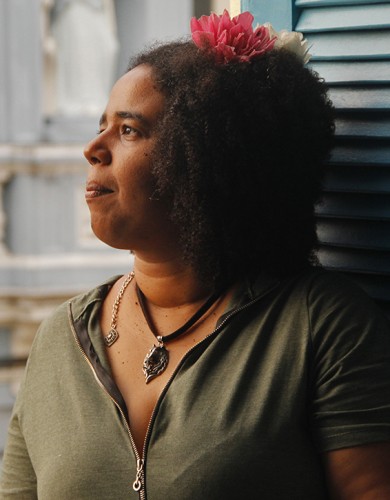 Lives and works in Recife (Pernambuco, Brazil). Her work seek to discuss political experiences and collective actions as processes of mediation. Power relations and implications in the dynamics of communication are among the main issues of her art projects, which articulate visual narratives, press material, printed media and independent publications. She is a specialist in Theory and Criticism of Culture and in recent years has  developed independent research and curatorial work, as well as educational projects articulated with visual arts. Lira has participated in more than seven collectives for two decades. She is the head of the educational projects Visual Cities, Entre-Frestas and Possible Circuits, the latter related to the elaboration of photo-books and photo-zines.

She received the 2015 Funarte Arte Contemporânea Award for the Non-Dito exhibition, which was presented at MABEU / CCBEU in Belém do Pará (2017) and at Capibaribe Centro da Imagem, in Recife (2015). She is the author of the book Voto, published by Pingado Prés, in 2014 (1ª ed.) and 2015 (2ª ed.). The book is part now of the São Paulo Pinacoteca collection and also of the Museum of UFPA Photo-book Collection. She is also a researcher in audiovisual projects – currently Lira is doing a research for the Terrane project, a visual narrative about women working in construction in the Brazilian semi-arid region, an experience related to the Casa da Mulher do Nordeste  (“Northeast Women’s House”).

During her residency at Despina, Ana intends to investigate the relationships between invisibility and power, through the mapping of knowledge and the sharing of information-culture which does not pass through large communication circuits.